Gold Coast to Hervey Bay in a Day on Jetski.

The Jetskishop.com has been synonymous with jetski adventure touring for more than 20 years. The long-running initiative, The Breakfast Club, is a social group for jet ski owners who have a passion for discovering new destinations with personal watercraft. By organising treks to interesting destinations, the Club believes that riders can build their confidence to take others with them to exciting spots where they can discover new activities and great places for lunch.

One Friday morning, before the sun rose over the horizon, Tom McNaught, The Breakfast Club president, set off with Andrew Johnston and his son Ethan, from Southport to Hervey Bay in one day – a journey of over 400km by water.

“We set off from the beautiful Gold Coast, with navigation lights on. Soon after exiting the Seaway, we spotted our first whales. After a short stop to admire such majestic creatures, we continued the journey before being greeted by an amazing sunrise over the Pacific Ocean,” Tom recalls.

The three riders took the path on the ocean side of South and North Stradbroke Islands, as well as the world-renowned Moreton Island. “The sights were nothing short of amazing. On both port and starboard sides, it was like whales were escorting us. At one stage, we slowed to let a pod of dolphins cross in front of us. To our surprise, instead of continuing their path, the dolphins seemed to be curious about us crazy jet skiers, and decided to play with us. The dolphins would swim right up to the skis and turn on their sides. They appeared to be smiling at each rider. A couple of them were posing in front of the skis, then swimming back to the rider and repeating the process,” explains Tom. “The dolphins stayed with the riders for over five minutes. In awe of this really intimate interaction with nature, Andrew called to me in a really excited tone, ‘We got it all today, Tom.’”

As they rounded the northern end of Moreton Island, the water was a very clear aqua green. Tom says, “At a depth of six metres, we could see the marble effect of the sun’s rays reflecting off the ocean floor.”

Wanting to keep the team moving, they opted to have a breakfast bar on the go, planning to have an early lunch at Caloundra. There was a quick fuel stop at Sandstone Point just before the Bribie Passage. “The passage was as smooth as glass, which makes for an enjoyable ride. Lunch was at Caloundra at 11am. We ate homemade sausage rolls, which were quite amazing,” Tom reminisces. An hour after stopping, they hit the seats and took on the Caloundra bar. Tom describes, “The scenery was nothing short of fantastic. More whales on the way, with one popping up only 10 metres from Andrew.”

Next destination was Noosa for their last scheduled fuel stop, before taking in the surroundings as they powered to their destination. “The scenery going past Teewah Beach and the Coloured Sands around Double Island Point was simply stunning. The waters through the Fraser Passage were as smooth as glass,” remembers Tom.

As the team leader, Tom needed to make an important safety call. “With the fuel buzzers going off, we decided to put a few litres in at Kingfisher Bay Resort just to be sure. We couldn’t risk any of the skis running out of fuel.”

The riders arrived at Hervey Bay Marina around 5pm as the sun was setting. Summing up, Tom says, “It was an exciting challenge to complete in one day, helped by perfect weather. It can only be described as an awesome experience.” 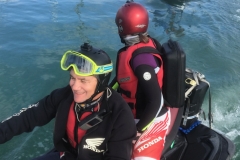 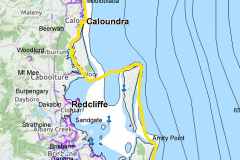 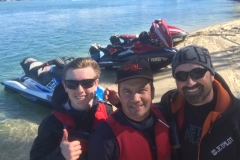 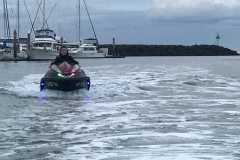 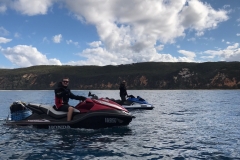 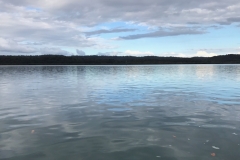 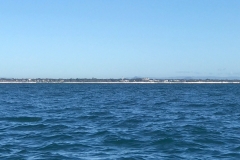 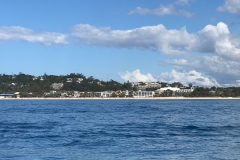 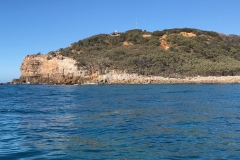 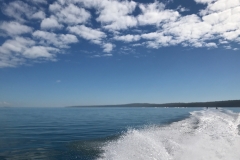 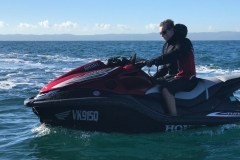 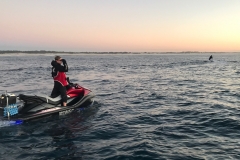 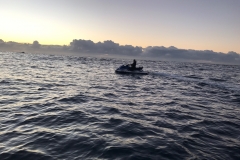 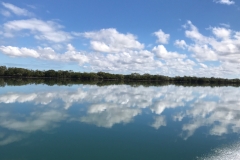 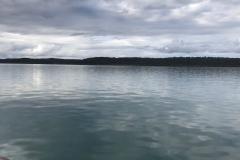 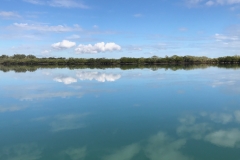 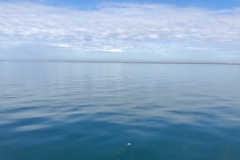 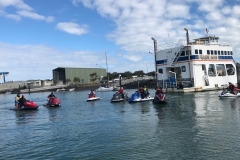 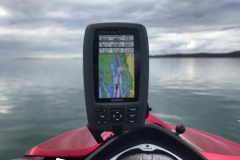